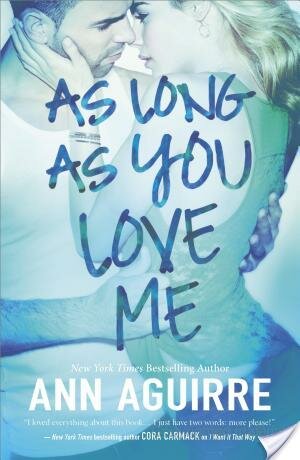 As Long As You Love Me by Ann Aguirre
Series: 2B Trilogy #2
Published by Harlequin on 2014-10-01
Genres: Coming of Age, Contemporary, Fiction, General, New Adult, Romance
Pages: 384
Format: eBook
Goodreads

Most people dream about getting out of Sharon, Nebraska, but after three years away, Lauren Barrett is coming home. She has her reasons—missing her family, losing her college scholarship. But then there's the reason Lauren can't admit to anyone: Rob Conrad, her best friend's older brother. Football prowess and jaw-dropping good looks made Rob a star in high school. Out in the real world, his job and his relationships are going nowhere. He's the guy who women love and leave, not the one who makes them think of forever—until Lauren comes back to town, bringing old feelings and new dreams with her. Because the only thing more important than figuring out where you truly belong is finding the person you were meant to be with.

As Long As You Love Me by Ann Aguirre is book 2 of the new adult series- 2B Trilogy focusing on interconnecting characters throughout the series. ALAYLM focuses on Lauren, Nadia’s best friend and Rob, Nadia’s brother, as Lauren comes home from college, having dropped out in the first book, I Want It That Way. I found it enjoyable to read about Lauren, as in ALAYLM, the character become more believable and also real, as we dove into her thoughts. Being an almost college-drop-out myself, I could really relate to her character, which I applaud Ann for creating. 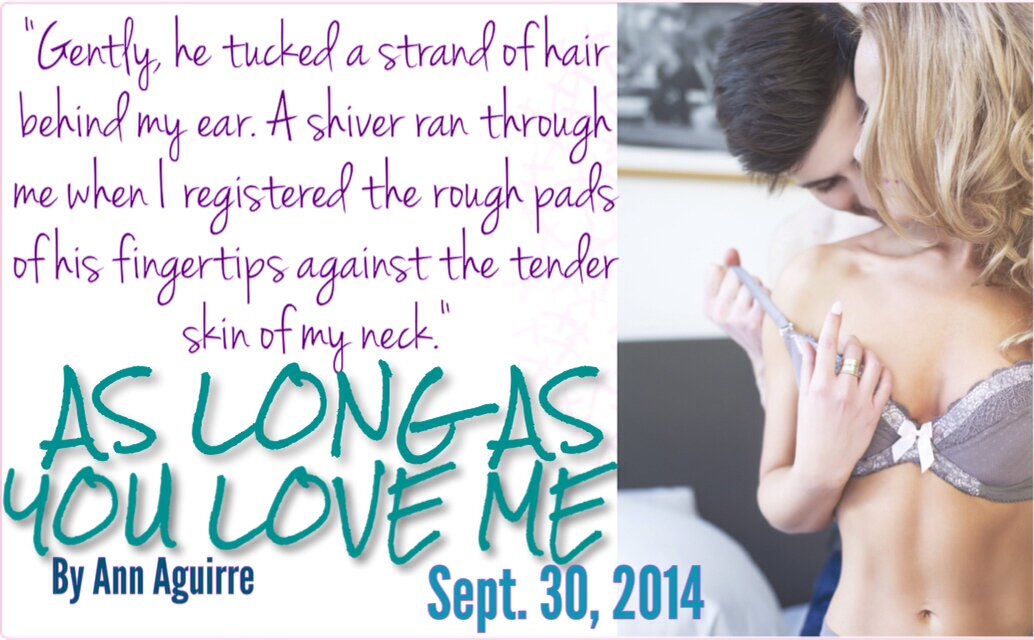 Rob, the leading male in the second book, had all the expectations for the book summary and previous insight from Nadia’s perspective. Whilst I was not completely shocked by his persona as the typical NA male character, his character flaws that Ann developed whilst still creating a badass gorgeous confident male was wonderful to read, steering away from typical jock stereotype. Rob’s flaws and heart were so full in his character, as he tries to navigate being the child who isn’t at the centre of attention. 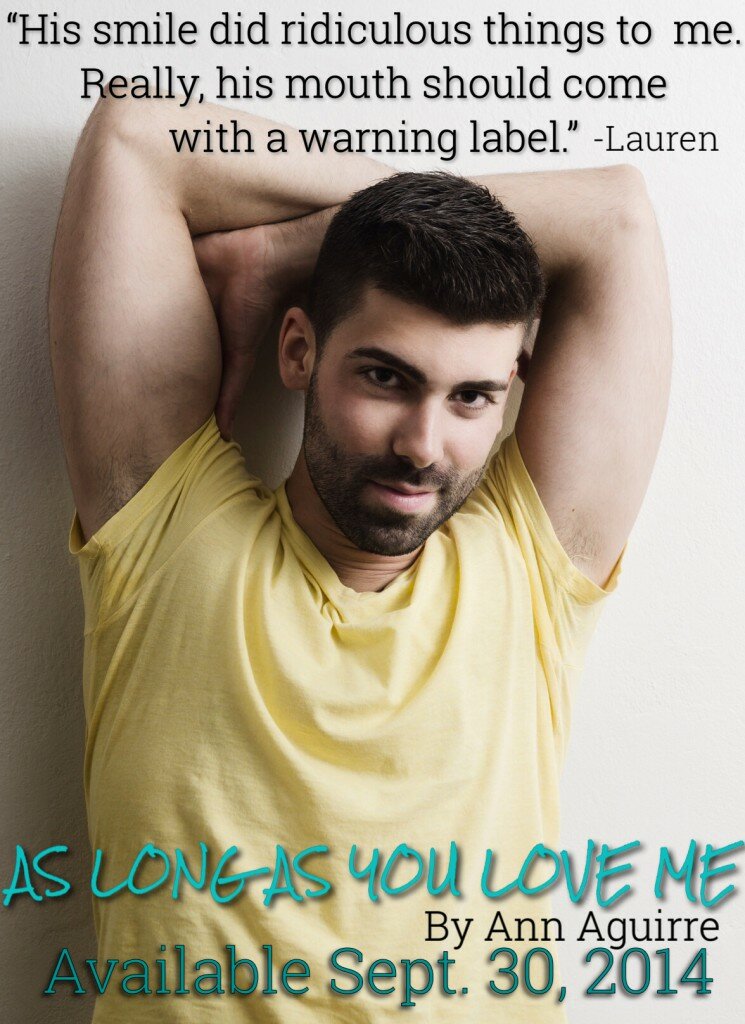 I don’t want to spoil the read for you but it is a sweet romantic read as Lauren & Rob try to find themselves through past, full of ups and downs that are beautifully written and expressed. Aguirre’s companion novel really was far more realistic and emotional to read that Book 1 of the trilogy which I enjoyed. The bright smiles, and the emotionally charged heartwarming tingle after reading was a definite. I urge everyone to give it a read, if you like the best friend falls for older brother novel reads. 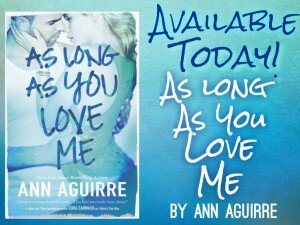 AS LONG AS YOU LOVE ME on Goodreads

{Other Books in the 2B Trilogy}

I Want It That Way

As Long As You Love Me

Ann Aguirre is a New York Times & USA Today bestselling author and RITA winner with a degree in English Literature; before she began writing full time, she was a clown, a clerk, a voice actress, and a savior of stray kittens, not necessarily in that order. She grew up in a yellow house across from a cornfield, but now she lives in sunny Mexico with her husband, children, and various pets. Ann likes books, emo music, action movies, and she writes all kinds of genre fiction for adults and teens, published with Harlequin, Macmillan, and Penguin, among others. 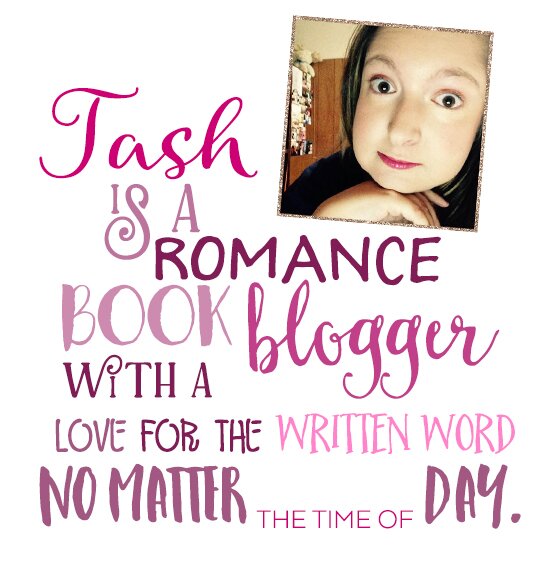